Back to the news page

After the TREAD Act was mandated in 2007, all vehicles manufactured in the United States, beginning in 2008, must have direct or indirect TPMS systems installed. OE and Aftermarket TPMS sensor batteries typically last around ten years or around 100,000 miles on average. It is likely the top-selling vehicles of 2008 will show up in the shop with the TPMS light on, possibly requiring one or more TPMS sensors to be replaced.

If performing TPMS services, such as replacing one or more TPMS sensor ID’s or rotating tires, a TPMS relearn procedure must be performed using a basic TPMS activation tool or an advanced TPMS scan tool, depending on the vehicle’s TPMS system. A TPMS relearn, often called TPMS reset, will write the new TPMS sensor ID locations to the vehicle’s ECU, which will cure the TPMS MIL.

According to U.S. News and World Report, the top three selling vehicles in 2008 were:

Each week, we will explore the diagnostics of the TPMS system of each vehicle, and teach you how to properly reset the system. This week, we will be going over the 2008 Ford F-Series.

Before performing a relearn procedure, it is important to make sure the TPMS sensors are installed properly, and tires are inflated to placard pressure. 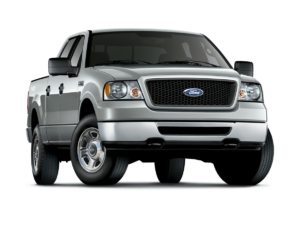 All service kits and OE-type (one-to-one) TPMS sensor options for the Ford F-Series 2008 can be found in your VT56, VT55, and VT36 TPMS Tools in “Service TPMS”.

Helpful tip: This model may require the start button to be pressed twice (without pressing the brake) to enter RUN mode (Ignition ON/Engine OFF). If this is the case, modify steps 3 and 5 as noted.

VIDEO: How to perform a stationary (manual) procedure

VIDEO: How to perform an OBD relearn on a Ford F-Series, featuring the PDQ TPMS sensor

Instructional video on how to replace a TPMS sensor ...